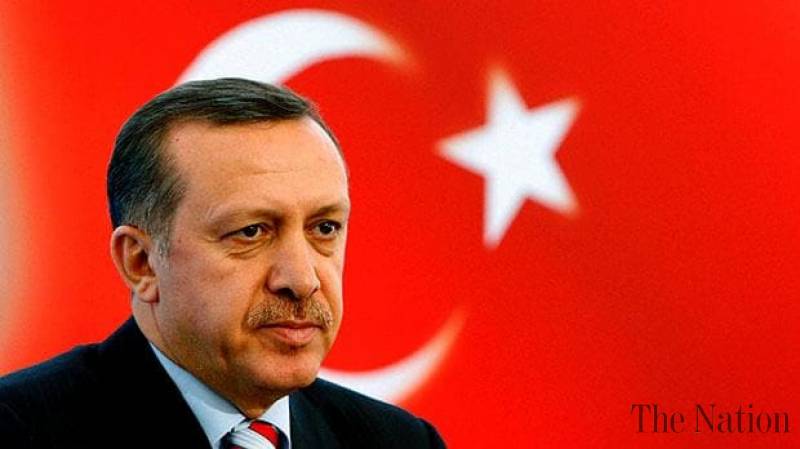 Yes, all extraordinary numbers but let’s focus here on that last and most local statistic. It made it on to the public record only yesterday via VCAT’s decision in Mackie v Republic of Turkey [2017] VCAT 620.

VCAT is currently 25 hearing days (!) into a domestic building dispute. Another 10 hearing days are anticipated. In it, a builder is claiming payment for constructing a house in Toorak Road, Toorak, for the Turkish government. The Republic of Turkey has  counterclaimed and also joined the project’s architect to the action.

Things cannot be going well for the Turks because, together with the architect, they used a long adjournment last month to seek an order from VCAT’s president to have the VCAT senior member hearing the case removed from it.

That senior member is not identified in yesterday’s decision. His removal was sought  on two alternative grounds.

The first was that the member concerned was “ill-suited” to this particular building case and accordingly the Tribunal should be reconstituted pursuant to s 108 of the Victorian Civil and Administrative Tribunal Act.

Evidence in support of the reconstitution application was by affidavit derived,  among other things,   from approximately 2,000 pages of transcript. The complaints against the member included,  among much else,  his own statement during the hearing that he had “little experience” in construction law,  his apparent unfamiliarity with some building concepts and terminology (such as the difference between a civil engineer and a structural engineer),  and a comment during the litigation describing it as  “a nightmare”.

The second limb of the reconstitution application was that the member had created a reasonable apprehension that he was biased in favour of the builder.

Evidence in support of this contention was said to include some stern words from the member to the architect’s principal witness about the architect’s repeated failure to give responsive answers in cross-examination,  the poor success rate by the architect and Republic’s respective counsel in making objections to evidence when compared to the builder’s counsel’s equivalent run rate,   and the member’s solicitude for the health and comfort of the builder’s 74 year-old, laryngitis-suffering witness while giving vive voce evidence.

All of these complaints were in support of a contention that a fresh member should replace the incumbent for the remainder of the hearing. It seems that the  architect (who made the formal application) and the Republic (which supported it) were hoping that the current hearing would then trundle on,  with the new VCAT member relying for his/her decision in large part on a truckload of transcript and no direct memory of what was said in evidence during the marathon hearing.

VCAT President Justice Greg Garde’s decision is unlikely to improve President Erdogan’s view of the rule of law as administered by a securely-tenured and independent judiciary.

Garde J dismissed the argument that the member was ill-suited. Among other things, he stated that cherry-picking certain remarks by the member from 25 days’ worth of transcript was not persuasive about the competency of the member when it was conceded that no single remark was, of itself, demonstrative of the member’s alleged unsuitability.

As to the member’s professed inexperience, Garde  J stated a VCAT member is entitled to be unfamiliar with industry jargon and concepts. Indeed, members in such a situation should not be bashful about it – they are under a duty to speak up and seek assistance from counsel as appropriate.

He stated that VCAT members are entitled to take up issues with counsel and the parties “and express robust views and opinions without prejudgment” and that in this case there was not sufficient evidence that the member did not “apply the same standards to all witnesses or act appropriately to progress the hearing and the determination of the proceeding….  I hold that if a fair-minded lay observer were asked whether he or she might reasonably apprehend that the senior member might not bring an impartial mind to the resolution of the issues and the questions which arise in the proceeding, the answer would be ‘no’.”

Garde J dismissed the application and ordered that the hearing resume next Monday before the same senior member who has heard it to date.

Four thoughts occur to me on this:

There was a young fellow from Ankara

Who was a terrific wankerer

Till he sowed his wild oats

With the help of a goat

But he didn’t even stop to thankera.

(Presumably the next issue for the builder will be actually collecting on the judgment. Some successful VCAT litigants find this a problematic exercise against even Victorian residents. Registering and enforcing a VCAT decision against a distant authoritarian sovereign state with an elastic approach to the rule of law is likely to prove a challenge indeed.)

Boris Johnson has also survived President Erdogan’s displeasure. The limerick master became the UK’s prime minister in July 2019 and was resoundingly returned as prime minister at the British general election in December 2019.

This litigation originally started in the County Court in 2013.  In 2014, the parties agreed that it should be stayed pursuant to s. 57 of the Domestic Building Contracts Act 1995. The builder then applied to VCAT to determine the dispute. It then ground on through VCAT, a single judge appeal in the Supreme Court and into the Court of Appeal on the common assumption that VCAT had indeed been the correct jurisdiction. But then the Court of Appeal itself questioned this assumption. In Republic of Turkey v Mackie Pty Ltd [2021] VSCA 77 it ruled that VCAT lacked jurisdiction to hear and determine the primary proceeding because the subject matter was a matter ‘affecting consuls or other representatives of other countries’ within the meaning of s. 75(ii) of the Constitution and VCAT is not a court of the state. It said the VCAT decision should be set aside and the primary dispute referred back to the County Court where the County Court could also determine the question of the costs of all those wasted intervening years in VCAT, the Supreme Court and the Court of Appeal.

(I wonder if this saga will restore President Recep Tayyip Erdogan’s respect for due process and the rule of law?)